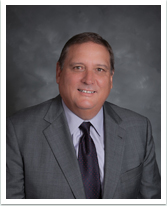 He serves as a judge pro tem, arbitrator and in the settlement conference program for Sacramento and El Dorado counties and as an early neutral evaluator for the United States District Court for the Eastern District of California. He is also appointed by the Sacramento County Bar Association to serve as an arbitrator of fee disputes.

A native of Inglewood, California, he is a graduate of California State University at Sacramento (B.A. 1980) and the McGeorge School of Law, University of the Pacific (J.D. 1984). He is admitted to practice in California, the U.S. District Courts for the Northern and Eastern Districts of California and the U.S. Court of Appeals for the Ninth Circuit.